For gap closure purposes in Breitensport and CloseD we might need to make some exceptions to the rule above.

How to find a partner

On Friday evening (and on Saturday again) we will offer a blind date program for those breitensport dancers who still need a dancing partner for a tournament. You will have the opportunity to get to know somebody and to check out how you get along with each other on the dancing level. If you have found someone you should subscribe spontaneously for the desired discipline. “Blind date” means that you are not dancing with somebody from your own team.

The partners for the CloseD / Open are drawn by lots.

Rules for CloseD or Open Dancers

Dancers who own (or ever have owned) a “B-Startbuch” (or higher) or own an international equivalent are only allowed to dance in the Open tournament in their discipline.

Dancers who have to start in CloseD or Open obligatory (means from C-class on) according to the above rules in one discipline only, are allowed to start in the Breitensport in the other discipline. However, they need to participate in the blind date program.

In total 6 different tournaments are offered: amateur class, profi class and master class in each discipline Ballroom and Latin, respectively. We set up the following rules:

Example: In the profi class Ballroom the following participants of „University Tanzhausen“ competed and had the following ranking numbers:

The University Tanzhausen finally receives (60+72+88)/3 = 73,3 points from this tournament. The number 73,3 is one of 6 numbers contributing to the total result. According to rule 1 it would be sufficient that couples #43 and #67 contribute to the result with (60+72)/2=66 points. Master couples will gain points from amateur and professional couples, profi couples will gain points from amateurs couples. According to rule 1 a university with less than three persons in any tournament will receive zero points in that tournament.

Each university will receive a contingent for the adjudicators proportional to the number of their participants.

Notify your team captain if you would like to serve as an adjudicator in a discipline. They should mention your wishes during the registration.

Team captains should take care that they are sending adjudicators with sufficient knowledge of dancing.

Judging criteria for ballroom and latin dances (valuation per couple):

These judging criteria are numbered according to their importance, i. e. only if all the couples in one round stick to the beat and rhythm (music) the next criterion listed above is brought into play (balance) and so on. 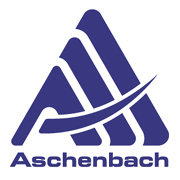